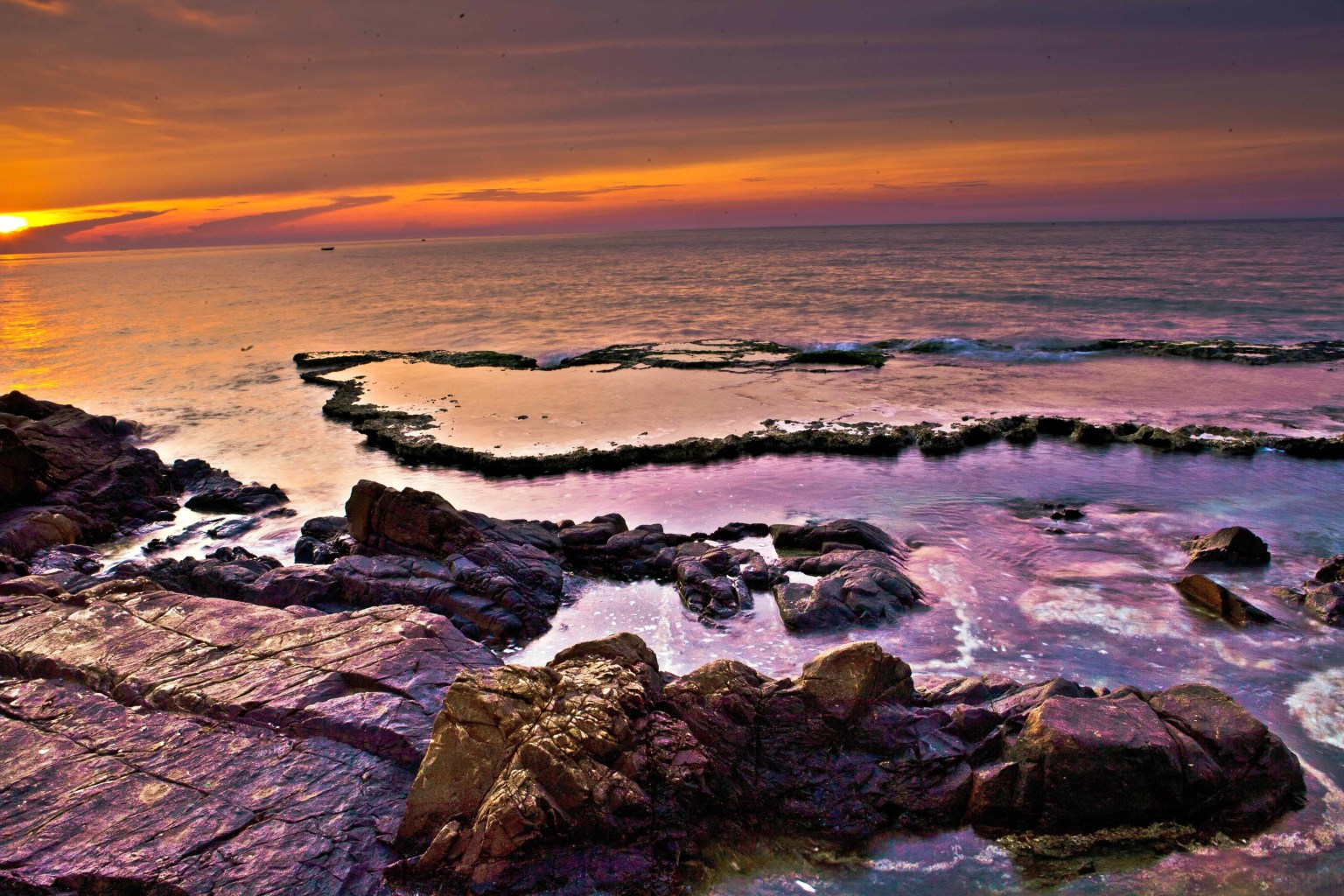 Two Vietnamese sites – Kon Ha Nung Plateau in the Central Highlands province of Gia Lai and  Nui Chua Biosphere Reserve in the central province of Ninh Thuan – were recognised as new world biosphere reserves by UNESCO at the 33rd session of its International Coordinating Council of the Man and the Biosphere Programme (MAB-ICC) in Nigeria from September 13-17.

The two new sites take the number of global biosphere reserves in Vietnam to 11, ranking it the second in Southeast Asia, only after Indonesia with 19.

The 106.6-ha Nui Chua Biosphere Reserve encompasses the terrestrial and marine areas of Ninh Thuan and is located at the end of the Truong Son Mountain Range where the climate is harsh with sunny, hot and arid weather and minimal rainfall, according to UNESCO.

The biosphere reserve is a representative area in terms of biodiversity with a rich and diverse mosaic of ecosystems characteristic of the south-central region of Vietnam, including unique semi-arid vegetation, sea turtle nesting beaches and coral reefs.

The Nui Chua Biosphere Reserve is endowed with 1,511 species of flora, of which 54 are recorded in the Vietnam Red Data Book and the International Union for Conservation of Nature (IUCN) Red List.

The reserve is home to rare species such as the Gray-shanked douc (Pygathrix cinerea) – a rare and endemic primate species of Vietnam and classified as critically endangered, with only about 1,000 individuals in the wild.

The Kon Ha Nung Biosphere Reserve plays a crucial role in preserving the landscape, ecosystem, species and genetic resources of Gia Lai through many programmes to preserve biodiversity in the two core zones.

Langbiang is the first World Biosphere Reserve in the Central Highlands that was recognized by UNESCO on June 9, 2015. Langbiang is truly an attractive and special destination for nature lovers.

Located in the north of Lam Dong province, it covers 275,439 hectares of land and boasts a large primeval forest whose core is the Bidoup – Nui Ba National Park. It is assessed as one of the four biodiversity centres in Vietnam.

Langbiang is home to a great diversity of natural ecosystems, including terrestrial and aquatic ones. It also harbours all the natural forest biotopes which are the habitat for wild animals.

With diverse flora and fauna and historical relics dating back hundreds years ago, Cu Lao Cham (Cham Island) in the central coastal province of Quang Nam was recognized by UNESCO as a World Biosphere Reserve in 2009.

Cajuput and mangrove forests in the southernmost province of Ca Mau were recognised by UNESCO as a World Biosphere Reserve.

Located in the central province of Nghe An on the border with Laos, Western Nghe An was recognized as a world biosphere reserve in 2007. Its climate is strongly influenced by a north-east and south-west monsoon.

As many as 70 species of plants and 80 species of animals in the biosphere reserve were listed in the Vietnam Red Data Book, including many rare and endemic species.

The Kien Giang Biosphere Reserve, which received UNESCO status in 2006, is in the Mekong Delta province of Kien Giang. It comprises 105 islands, the biggest of which is Phu Quoc, a popular tourist hotspot famous for long, sandy beaches and five-star resorts.

Covering an area of over 1.1 million hectares, the biosphere reserve has six ecosystems with 22 different habitat types. It is also home to 1,480 floral species and 860 fauna species.

The Red River Delta Biosphere Reserve, spanning the three northern provinces of Thai Binh, Nam Dinh and Ninh Binh, got UNESCO recognition in 2004 as a haven for over 200 bird species, including 9 species listed in the International Union for Conservation of Nature (IUCN) Red List.

It is also home to more than 100 aquatic animal species – around 80 fish and 20 crustacean species.

There are 2,026 species found in the biosphere reserve including rare ones. Especially, Cat Ba is home to the critically endangered Cat Ba langur, one of the rarest primate species in the world.

The natural environment in the Dong Nai Biosphere Reserve is considered rare and extremely valuable. According to the Vietnam Wildlife Conservation Society (WCS), the biosphere reserve is a place where many natural forests and rare and precious wildlife species of Vietnam and the world are preserved, including elephants, gaurs, sun bears, java rhinos, sorrel roosters.

The reserve is a population of terrestrial and aquatic fauna and flora, formed in the large delta of the Dong Nai, Sai Gon and Vam Co river mouths.

Not only being an ideal place for scientific research and eco-tourism, the Can Gio Biosphere Reserve also has great significance for environmental protection./.